C.Bosch
Storytelling is a talent passed down through the generations in my family. It is a way of life in that the more you live, the better the story; the deeper the experience, the broader the plain to connect with readers. Just like life is about people so writing is about people - about their love, their loss, their triumphs, their failures, and their x ever after. I write to understand myself and make sense of life. I share my work in order to find others who can relate to my characters, or their lives, or the moral of the story.

The cons of having a famous series

Fantastic Beasts and Where to Find Them.
I stumbled upon the preview for this movie because when I'm looking for inspiration, I watch movie trailers. It's set in the Harry Potter universe, some seventy odd years before Harry Potter happened.
It sounds interesting. It tickled my curiosity, but only to the extent of sharing the news on my FB status. I'm not much of a Harry Potter fan. I am a fan of J.K. Rowling, though, simply because she's a really good writer (something that seems to be lacking in the literary world lately). I may not be a fan of her stories, but I am a fan of her writing. Does that make sense?

Of course, that also means I'm not a fan of the Harry Potter movies. Yes, I've gone to see just about every single one of them in cinemas when they came out, but that's another story that has an 18+ rating. Then again, I'm not really a fan of books being thrown onto the big screen. I hadn't read the books prior to the movies, and yet it bugged me that Harry actually has green eyes and really treats his friends like dirt at times. That, I guess, wouldn't look good on the big screen, but I digress.

My post is not to nit-pick HP or to slander it, and would never have been mentioned in my blog at all if it weren't for the trailer I watched.
Are HP fans excited to see this movie? There will be no trace, no mention, of HP in the movie. All new characters. All new drama. All brand spankin' new. Have any HP read the book at all? I haven't seen any of my HP fan friends explode all over the internet about it, so my guess is, no.

Which is sad. J.K. is a good writer. She has an easy style and an engaging voice that sucks you in and makes you forget that you're reading a book.

HP shares some similarities to Tolkien's Lord of the Rings series. In the fact that it is a series made popular through the big screen. Certainly it has had the royalties flooding in with more people aware of it, more people wanting to read the books because they're fans of the movies - coining it 'big' time.

There are other books gone big screen, too. The Hunger Games, for example.

Some writers (and non-writers) who aren't fans bristle at the fact that these authors have received major publicity and sales because of the movie franchises. They got lucky. They have it good. They have been immortalised in the literature world. Look at the houses they live in.

But people generally don't pick up on the cons. Most of the other books these authors have written are guides to, or new stories and characters within the same universe that have reached popularity. You could say that they're milking it, and they are, with good cause. Ever heard about The Casual Vacancy or The Cuckoo's Calling? Or maybe The Underland Chronicles? The Adventures of Tom Bombadil?

It's a different game when you hit the jackpot with a series. That's your career. You're rich and famous for that franchise. That other series you put more work and hours into? Nobody cares about that. Nobody wants to read further than the series that lured them in with a movie trailer, if they read the books at all. If they're more the visual type than the wordy type, graphic novels are a good compromise. But that other book with an unfamiliar title but a well known name? Nah. Nobody is interested in that. Unless, of course, you do what J.K. Rowling did and write it under a pseudonym, and even then you're likely to get caught out - whatnot with book signings and interviews and such.

Which makes me think pseudonyms are a waste of time and paperwork.

Then you get authors like Stephen King. He's had so many of his books turned into movies. People still read his work today, and have favourites, but you're guaranteed that fans will buy whatever new horror he's brewed for the readers. He got lucky. He has it good. He's been immortalised in the literature world. Look at the house he lives in! The difference is that he became published, and popular, and famous, for the film adaptation of Carrie. Sure, people have read his work in magazines before (then forgot who wrote it), and his novels and short stories, but a film drags in a whole new fandom. Everyone watches movies. Everyone sees the trailers in the cinemas. The name becomes familiar, and after the second or third movie based off his work, his name sticks. It becomes a household name. You've got to live under a rock to not know or have heard of Stephen King. But it was the single, standalone novel Carrie that wedged his foot (and writing career) into the spotlight.

Not a series. When it's the end of a series, it's basically the end of your writing career in the limelight or so it would seem to me. But if you can churn out novel after novel and have Hollywood knocking to turn them into films like King, then you've got it made. You can live comfortably, I think. Feed your family and keep a roof over your heads. And you're basically guaranteed your new novel will sell when it hits the shelves, not because of the title of it, but because of your name on it and the fan base you've garnered over the years.

I guess that's where Tolkien is a bit better off than others. He's not around to try and publish another book, or to watch his work on the big screen and cringe at how it's unlike the story he'd had in his mind and heart. As a personal preference, I'd sign a contract that stipulates that no matter how long I've been dead or how popular a work of mine may become, no film or TV show will be made of it. I cringe at the thought of someone like Hayden Christensen or Kristen Stewart or Charlize Theron playing the role of one of my main characters. 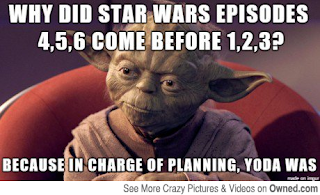 Or you could do what George Lucas did and become a film maker instead of a writer. 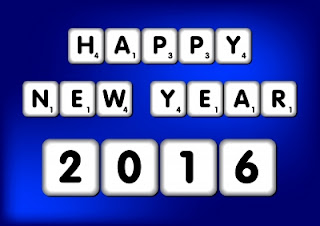 ...you can write one sentence every day. Two if you really really have to get it down right then and there. More, if you have the time to do so.
Next year this time you'll have 365 sentences on paper.
How many pages does that equate to? No idea!
The point is that you write, a little bit, a lot, every single day. Make it a habit if you don't have time.
Make it routine if you're not inspired. Make it part of your day, your life, like eating or drinking.
Stop writing in your head and start writing on paper.
May the savior be with you on your journey.
May the force be with you.
And all that.

Happy writing and reading.
Posted by C.Bosch at 5:17 PM No comments:

[The first scene should]
Establish voice and tone, orient readers in time and space, either start conflict or hint at conflict to come, and - above all - offer the reader something interesting: an intriguing character, a tense situation, a fascinating question, or gorgeous prose.

Quote by Nancy Kress
Posted by C.Bosch at 9:28 AM No comments: